Hinamizawa Syndrome was first discovered by Hifumi Takano. Takano wrote a report regarding the history of Hinamizawa and the supposed disease plaguing its residents. Takano's goal was to make the disease public knowledge and to secure funds for researching its treatment. Part of Takano's report proposed that a member of the Imperial Japanese Army, one from Hinamizawa, was afflicted with HS. As a result of the worsening disease, this soldier fired at the Chinese National Revolutionary Army, triggering the Second Sino-Japanese War. Several government officials rejected Takano's report due to this proposal as accepting it would mean having to take responsibility for the Marco Polo Bridge Incident, which "Tokyo" had no intention of doing.

Shortly after Hifumi Takano's death, his adopted granddaughter, Miyo Takano, took over the research of HS. She managed to secure generous funds from "Tokyo" official named Nomura. Using this money, Miyo joined with Kyousuke Irie and formed the Irie Institution and further research HS from within Hinamizawa itself.

Use as a biological weapon

"Tokyo" decided Japan needed a threatening biological weapon to compete with the emergent nuclear powers. As a result, "Tokyo" commissioned research for both the cure and infliction of Hinamizawa Syndrome. In 1980, Miyo Takano developed H-173, a drug designed to induce L5 symptoms on any infected person. In 1983, H-173 is used in the assassination of Jirou Tomitake[1].

Almost everyone in Hinamizawa is afflicted with this level of HS. At this stage, the syndrome is largely dormant and has no effects on everyday life. However, the syndrome can easily escalate when those infected experience stress or anxiety.

At Level 4, hallucinations and extreme paranoia begin to occur. This can often lead to the afflicted taking drastic or violent measures to protect themselves from imagined enemies.

At Level 5, the syndrome becomes terminal. Oftentimes patients will claim to hear an "extra footstep" at this stage. An extreme variant of formication usually occurs, along with extreme irritation of the lymph nodes. This often leads to the afflicted clawing at their own throat until death. As formication can result from excessive use of amphetamines, those who die from HS are sometimes believed to have died from narcotic use.

Hifumi Takano identified an antibody of Hinamizawa Syndrome in members of the Furude family. He used this to designate the family as the as the "queen carriers" of the parasite, with the status of "queen carrier" falling upon the latest born female. He theorized that 48 hours after the death of the queen carrier, the parasites afflicting the villagers will aggravate the symptoms of Hinamizawa Syndrome, forcing everyone in Hinamizawa into L5 status. To counteract this, Takano created Emergency Manual #34, a contingency plan to wipe out the entire village should a queen carrier die.

However, in both Watanagashi-hen and Meakashi-hen, the queen carrier, Rika Furude, is dead for over 48 hours with no effect. This means that the queen carrier theory is either partially or entirely incorrect. 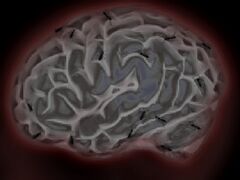 Hinamizawaari as they appear in the Hinamizawa Bus Stop visual novel

The first treatment for HS, C-103, was created in 1980 by Kyousuke Irie. Developed from an antibody in Rika Furude's blood, the drug was successful in reducing HS from L5 to L3. However, in order to keep HS subdued, the drug has be received three times a day through injections. If the drug isn't taken three times a day, HS will relapse to L5.

In 1982, Irie developed C-117, a more effective drug for treating HS. Like it's predecessor, C-117 successfully reduced L5 HS, though it only required two injections per day, rather than three.

In 1983, Irie completed C-120. The most successful drug by far, C-120 can reduce HS from L5 to L2 with a single injection. However, C-120 has extremely negative side effects when used on individuals who are already at low levels of HS such as L1 or L2. When L1 or L2 individuals are injected with C-120, they can suffer muscle spasms, extreme irritation of the lymph nodes akin to L5, as well as a severe loss of stamina. As a result of these side effects, C-120 is sometimes used as a weapon and was given the nickname Crazy Medicine.